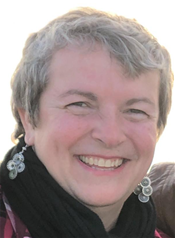 For years and years and years I set them because so many of the apparently successful human beings told me that goals were the secret to their success. And if they didn't say it outright, I somehow deduced that my own perceived lack of success (or lack of enough success) was because I didn't seem to have any clear goals, or I didn't have the right ones, or I didn't work hard enough toward achieving the ones I made up because I felt I had to.

Unfortunately, if and when I ever achieved any formalized goals, I NEVER NOTICED. Once done they were mostly "out of sight, out of mind". Once done, the completion never came with a feeling of significance. Once done, I often minimized the achievement... done, but not done good enough, so therefore not really done.

Here's what else I didn't notice...

I DIDN'T NOTICE that I did all sorts of things that I wanted to do, without setting any goals. I just wanted to do them and did them. There wasn't a lot of thinking or formal structure or planning, even when some planning was involved. There was simply doing, and navigating as I went along...

I did, I got, I learned, I adventured, and I spent time, all the while completely missing the significance of the fact that just the verb (every speck of being and doing that inevitably comes with being alive) is ALWAYS enough.

Instead, I was unknowingly assigning random values to whatever came after the verb (whatever action was done or whatever goal was completed). I even assigned values to the verbs themselves... such as that doing was better than not doing.

How is it that I completely missed the significance of the incredible richness of the verb of JUST BEING ALIVE, in whatever form it happens to arise in any moment... with all the being and doing that happens spontaneously and continually, whether I appear to make a goal out of it or not, or whether I happen to give it any value in the moment or not?

And what the heck is success anyway? And why did I even make it into a thing?

My husband had an insight a few years ago, that "we are the nerve endings of universal consciousness"... and with some sense of the truth and wonder and common sense of that for myself, that insight has offered me ongoing reflection that keeps presenting new little gifts of perspective...

I'm sure I'll forget this the next time I stub my toe, or the next time my insecure thought tells me I need a goal to feel better (instead of the secure thought that having a particular goal to work toward might be kinda fun). In either case I will immediately assign values and suffer. But even the suffering itself offers value when I'm eventually open to seeing it.

Perhaps when any of this inevitably happens, you can sweetly, and kindly, and compassionately, and lovingly, remind me of the free and miraculous abundance of the experience of life itself, in whatever form it arises!

May I thank you all for your love, and may I wish you all, much abundance for 2020 and beyond!

With Much Love and Laughter,Jonelle